Ekein Loves to Give Back

“At the end of the day, it’s rewarding to equip them with the tools they need to succeed, just like the Club did for me.”

Fifteen years ago, when Ekein found out about the Sister MacNamara Club, he ran home and begged his parents to sign him up. Years later, he still find his way back to the Club, but as one of Boys and Girls Clubs of Winnipeg’s dedicated volunteers.

For Ekein, the Boys and Girls Club kept him busy in many recreation activities and allowed him to try new things. “There was an outing where they took us to a man-made beach and that’s where I learned how to swim. It’s one of the many achievements during my time at Sister Mac that I still remember to this day,” he recalls.

Boys and Girls Clubs play an important part to working families like Ekein’s. Parents and guardians may find it difficult to spend quality time with their children, so sites like Sister MacNamara play a vital role in providing guidance and direction during the after-school and evening hours. With the support of positive role models, kids are engaged in safe and fun activities. “My parents were always working and no one was home. When they know I was at Sister Mac, they knew I was in good hands.”

Growing up as a member equipped Ekein with many life-skills that taught him to make the right choices for himself. With the positive experience he had at Sister MacNamara, he knows the value that a Club can have in neighbourhoods like his. “Some of the things that youth experience strike an all too familiar chord with me, so being a mentor for the Club that basically raised me and took me down the right path – it was a no-brainer for me to come back as a volunteer,” he says.

Heather Black, Director of Volunteers and Special Events, is proud to have alumni that generously give back time, and says that Ekein has a lot of insight to offer the youth, especially in his own community. “Knowing the kids can look up to a volunteer like him assures me that the quality of programming is further enriched by his experiences as a former member,” she adds.

As he is the first person in his family to pursue post-secondary education, Ekein credits his experience at his local Club as one of the driving forces behind his success. “Without a doubt, I wouldn’t be who I am today without Boys and Girls Clubs,” he says, “I owe a lot to them for giving me the chance to really grow and that’s why I volunteer with them now.” 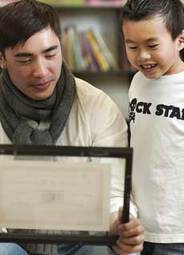