Errol Has a Newfound Confidence

“I was told from a young age that I wouldn’t achieve anything, so I made it a goal to always overcome doubts.”

With a newfound confidence and outlook on life, Errol is doing just that.

Young Errol Beech Smikie was a shy and reserved teen growing up, but would completely transform once he stepped foot into the Victor Mager Club. No one could deny his raw talent – not even his asthma, allergies, or health setbacks could stop him in his pursuit to become a high-performance athlete.

His athleticism transferred well to many sports, including basketball and track, but it was his high school football career that allowed him to travel to western Canada in pursuit of a scholarship to the University of British Columbia. Aside from playing sports, Errol’s ultimate goal was to attend medical school. With a scholarship to his name, his future was pretty much set.

Little did he know, however, that his plans would come to a grinding halt.

Towards the end of playoffs, Errol endured a serious injury that tore his left LCL and ACL in both knees. As a result, his scholarship was taken away. While he was told he could still attend the University, he would be responsible for paying tuition fees he could not afford.

“Sports was my life and then it was over,” he says, “I felt like playing sports was the way out and when that was taken from me I let all of the negative things that people said about me take over.”

Errol eventually returned to Winnipeg and Victor Mager Club where Mirzet Alekic asked him to coach the 14 and under basketball team. As mentor and friend, Mirzet was a great influence on Errol during his early days at Victor Mager Club. And continued to play a crucial part when he returned.

“Boys and Girls Club was influential in helping me understand that anyone can do anything. There’s no limits to what you can achieve with hard work and commitment,” he says, “With everything I went through, I needed to shake myself out of the negative state I was in so that I could share that philosophy with the kids.”

And today, he is doing just that.

In addition to his role as a basketball coach, he is also an Activity Worker at Victor Mager Club, planning daily activities for children and youth while pursuing a degree in Kinesiology at the University of Manitoba.

Glen Williams, long-time Club Manager at Victor Mager, says Errol’s self-esteem has grown in the many years he’s known him, and praises his exceptional ability to build relationships with the kids at Club.

“He has grown into a positive role model that everyone has come to respect, and does a great job teaching kids to overcome adversities both on and off the court,” he says.

Growing up at the Club taught Errol many life lessons that he draws from today. Using his experiences as a tool for motivation and change, his new outlook on life is a testament to the success of the Club in guiding youth down the right path and Errol is thankful for that.

“Boys and Girls Club is more than just a safe haven, a place to learn, or a place to have fun – the agency builds tomorrow’s leaders, cultivates new opportunities, and creates bonds that last a lifetime,” he says, “If the staff at Boys and Girls Clubs didn’t take the time to help me, I wouldn’t be where I am today.” 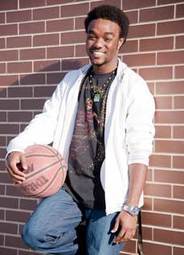