“You’re a voice against poverty, a voice against gangs. When you build that relationship of trust with youth, you can empower them to stand beside you as a united voice for positive change.”

Just one reason why Glenn Terris loves being a Club Manager.

Glen always knew he wanted to be a part of the Boys and Girls Clubs movement.

He was 21 when he first got involved with the agency, starting with a student placement through the Youth Recreation Activity Worker Program. During this time, he learned how to provide youth with healthy recreational activities and gained valuable hands-on experience with the kids in the Clubs.

Ian Gerbrandt, Director of Programs, saw the potential in Glen and knew right away that he would be an asset to the agency. “Glen has a gift for squeezing in a rich and positive conversation with our members while they play basketball, cook together, or have a game of cards. He has developed many strong relationships with youth and colleagues because of the positive and purposeful way he approaches his work and life,” says Ian.

Equipped with the desire and ability to connect with youth, Glen had no problem working his way up the agency ladder from a casual worker to a full-time Program Facilitator at Freight House. His ability to care and bond with others could be seen through the many relationships he built, and looking back, Glen knew he had his mom to thank for that.

Glen was eight years old when he watched his mom and dad divorce, and as a result, lived on social assistance for 10 years. Not having material things in life taught him to value what he did have and that was the love and care of his mom. Because of her unconditional support, Glen was able to grow up in a healthy environment despite his family’s financial situation.

Unfortunately, many kids do not receive the same care when they go home and continually struggle with peer pressure and negative influences. To motivate youth to make the right choices, Glen stresses the importance of instilling a sense of belonging and confidence in them. By doing so, youth are able to identify and address and barriers they might face. While Glen felt right at home with Freight House, his level of confidence needed a really big boost.

When he heard about the opportunity to become Manager at his Club, a powerful voice from within told him he didn’t deserve the chance to apply and he believed it. “I was making excuses for myself because I didn’t think I could do it, or that I would end up failing at some point,” he recalls, “There was a voice inside telling me that success was too scary and that I wasn’t good enough.”

Thinking about the meaningful relationships he had with the kids and his achievements with the agency, Glen channeled that negative voice out and gained an overwhelming sense of confidence. “I listened to the voice that Boys and Girls Clubs tries to activate in youth each day, the voice that tells youth that they can achieve remarkable things if they believe in themselves.”

He submitted his application on the day of the deadline and got the job in January.

“Seeing kids smile because they’re in a good place is the most rewarding feeling,” says Glen, “As long as I’m with Boys and Girls Clubs, I will love going to work each day.” 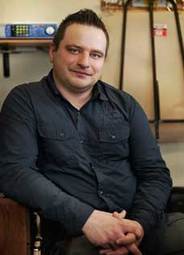