Julia Finds a Home Away From Home

My name is Julia, and I’m both a full time University student and an Activity Worker at one of the Boys and Girls Clubs. I’m in my last year of my psychology degree at the University of Winnipeg, and I’m in the pre-law program offered. I recently was accepted in to the Faculty of Law at the University of Manitoba for next fall, so that is pretty exciting. Law school has always been a dream of mine.

I’m an alumni of the Boys and Girls Club you could say, I started attending Club when I was six and I’m twenty four now. I have not stopped going actually, since I happen to work there.

I grew up in Gilbert Park, which is the area between Sisler High School and Shaughnessy Park Elementary School if want context. I came from a pretty low income family who relied on social assistance to make ends meet; moving into that area when I five introduced me to the Boys and Girls Club. I was six when I officially attended, and through the years I would come to rely on the great programs offered to keep me busy and the amazing staff I would meet that inspired me to aim high.

Through my attendance as a youth and then teen, I was offered so many new opportunities. From free sports teams, to flying in a plane for my first time, and attending summer camps my parents would not have been able to afford otherwise.

I’d even go as far to say that attending the club helped me make more friends from my neighbourhood; having people who genuinely wanted for you to have a good time helped boost my self esteem.

I went from attending the Club to getting offered my first job there when I was fifteen, an opportunity I was so thankful for as it helped support my family and I. I learned so much though working that summer, and was ecstatic when I was offered a part time position when school started back up for me.

The Club was my safe place growing up, it was somewhere I could grab a meal and be surrounded by positive people for a few hours. A home away from home.

As I mentioned earlier I am still currently employed at the Club, and it happens to be the one I grew up in. It’s so amazing to see how much has changed over the years while still remaining the same. Though the kids change , I’ve had the privilege of watching Gilbert Park remain a really supportive environment where youth can be themselves and flourish.

There is a lot I have to be thankful for in this organization; the current one being the fact working at my job is putting me through university and I have yet to take out a student loan. Looking back, I do not know if I would have attended post secondary if it had not been for the push given by former staff; they watched me grow up basically and become the person I am today.

The Boys and Girls Club really makes a difference in the lives of the members who attend. Speaking from personal experience, having a safe place you go and just be a kid was so impactful. It didn't matter what background you came from, or how much money you had... you were still welcomed in and treated the same. Thank you to BGCW for providing a space that would help shape who I am today, and still is helping me grow as a person. 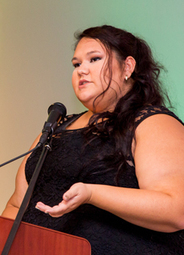