Philip Labongo has a bright future. Recently named Manitoba’s High School Basketball Player of the Year, he will be attending the University of Calgary later this year on a basketball scholarship to pursue his academic dreams, as well as his athletic ones. It was his time at Boys and Girls Clubs of Winnipeg that played a major role in shaping the person he is today.

Philip and his family immigrated to Canada in 1998 from war-torn Uganda, settling in the St. Vital area of Winnipeg. His family, 3 sisters and 2 brothers, relied heavily on Boys and Girls Clubs of Winnipeg, and its Victor Mager Clubhouse, to integrate and adapt to their new life in a new country and community.

“The Club helped my family settle into the community,” said Philip. “As someone new to Canada the Club was a great place to meet new people. Everyone treated me so nice and welcomed me to the area. It was a home away from home.”

Attending the Club since age seven, Philip was an energetic child who dealt with many challenges when he was growing up, including the loss of his father, and found an outlet in the Club’s programs, especially basketball. Originally a soccer player, Philip’s older brother turned him on to basketball, a passion which has captured him ever since.

“Basketball teaches a lot of life lessons,” Philip said. “You learn how to handle success and failure, how to work with others and the importance of setting and reaching goals.”

Philip’s entire family has been active as members of the Winnipeg Club. His two older sisters continue to volunteer there, and he has developed many close friendships and relationships with Club staff, including Glen Williams, Manager of the Victor Mager Club, who Philip calls “a real joker”, whose “personality has always been the same and made it fun to go to the Club.”

Another special relationship is with Mirzet Alekic, a Club staff member who has coached him in basketball since he was a young boy and now considers him a close friend.

“He was a hyper little boy, who was trying to fit in and work through the cultural differences,” said Alekic. “The Club gave him an opportunity, as an immigrant, to fit in and see what the community was all about. He was very passionate about sports and basketball became an outlet for his energy.”

Off the basketball court, Philip was also involved in a range of the Club’s 6 to 12-year-old programming including arts, education support, trips and camping. Alekic talks about the pivotal role the Club plays in the lives of young people like Philip. “As they enter their early teens, many young people struggle with making good choices,” said Alekic.

“Philip seemed at a crossroads where he could have chosen the wrong path, but the Club helped steer him away from that. He has worked really hard to get where he is today and has one of the greatest work ethics I have ever seen and shows composure beyond his age.”

Today, Philip continues to give back to the Club and the young people who need it. He has coached the Club’s basketball program and is a role model to many children and youth.

“I know people are looking up to me as a role model, and I try to set a positive example,” said Philip. “I want to be successful at anything I do and while I do hope to play pro, I know basketball is a tool to help me accomplish great things.”

“He has an incredible maturity now for his age that I know impresses his teachers and coaches,” said Alekic. “People are going to hear plenty of great things about him in the future.” 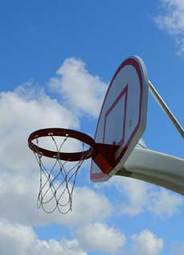