If food brings people together, kitchens are the vehicles to the destination.

Great things are happening for kids in the Louis Riel School Division!

There are two Boys and Girls Clubs of Winnipeg (BGCW) in ... Read more

Deck the Halls in a Charitable Way

Shelmerdine Garden Centre, 7800 Roblin Blvd. in Headingley, is selling silver and gold-coloured ornaments as part of the business’ ... Read more

Poverty and Education in a Winnipeg Suburb

The Program for International Student Assessment (PISA) scores were released this week, and once again Manitoba ranked ... Read more

Gilbert Fredette’s life story is one of resilience. He credits the safety, healthy meals, mentorship and guidance he ... Read more

On July 25, approximately 750 kids aged six to 12 years old had a blast at the Winnipeg Jumpstart Games hosted by the Boys and Girls Clubs of ... Read more

For the Love of Books

And members of the Victor Mager School community will have a few more opportunities to delve into a good book ... Read more

No Limit to Learning

21-year-old Kyra was used to people trying to undermine her dreams of a bright future. Fortunately, she didn’t listen to them.

From After-School Tutor to Loran Scholar

Every Thursday for the past seven months, after dismissal from Churchill High School, Mesgna Mesgna would grab his books and ... Read more

Planet Fitness celebrated the grand opening of its second Winnipeg gym at 1320 Ellice Ave. on Feb. 20 by making a $3,000 donation to the Boys ... Read more

Four Manitoba students have just been selected as Loran Scholars – among 35 recipients of Canada’s most comprehensive ... Read more

Nine Winnipeg restaurants will later this month be added to the roster of local establishments taking part in ... Read more

Schools provide a consistent lunch every day for many kids in Winnipeg’s inner city, ... Read more

Boys and Girls Club Comes to Lavallee and Victor Wyatt

Charity -- With a Side of Good Food

According to a recent poll, about a quarter of Canadians eat at a restaurant once a week.

The poll, conducted by Ipsos Reid and the ... Read more

Education and Experience Applied to Give Back

Twelve inner-city youth have had a significant change in their lives after successfully graduating a college program ... Read more

If, like us, you were born in the last 20 years, chances are you’re reading this on a smartphone and you haven’t ... Read more

A national program that provides meals to youth in need is launching in Winnipeg next month by partnering ... Read more

Soup’s on at Boys and Girls Club

Things are heating up in the Ryerson Boys and Girls Club with the grand opening of a new $30,000 kitchen.

Cooking up Confidence in the Kitchen

On Monday, May 14th eight youth between the ages of 7 & 13 from the Gilbert Park Boys and Girls Club came together at NorWest ... Read more

It’s a learning opportunity disguised as a chance for some young Winnipeggers to show off their skills. 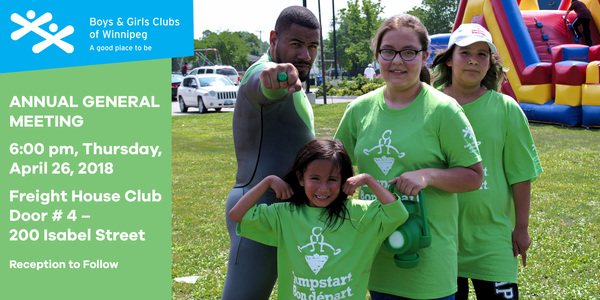 The Gift of Giving: Students Learn to Pay it Forward

It may be better to give than receive, but some city students learned on Friday it is best to give and receive.

Over 800 pieces of knitwear were donated to this year’s CRAFTED show and sale at the Winnipeg Art Gallery, and now those pieces will have a ... Read more

About 800 handmade toques, mitts and socks are being donated to Winnipeg kids in need.

The Manitoba government is recognizing International Day of the Girl with a girls’ coding ... Read more